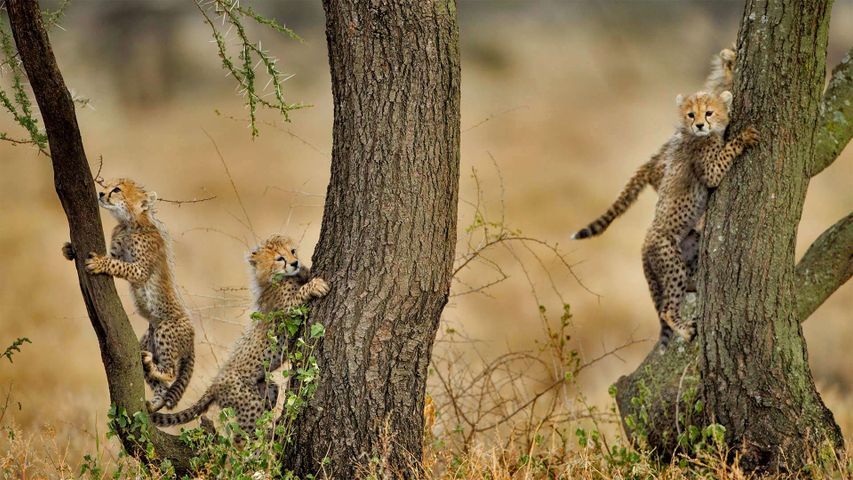 These cheetah cubs in the Ngorongoro Conservation Area in Tanzania are playing and chasing each other. While doing this, they're also developing the skills they'll need to protect themselves and hunt for food. Cheetahs are born with all their spots, but at birth those spots are closer together, giving the cubs a darker appearance that helps them hide from predators. They also have a strip of long fur down the center of their backs called a mantle that helps them blend into the grass. June is an optimal month for wildlife viewing in the Ngorongoro Conservation Area since it's the start of the dry season. In addition to cheetahs, visitors can spot lions, hyenas, leopards, jackals, and other animals.