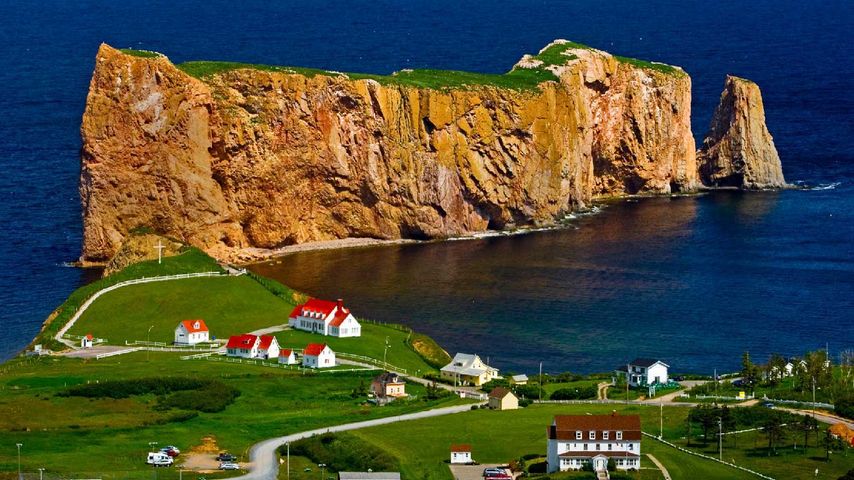 A major attraction in Île-Bonaventure-et-du-Rocher-Percé National Park, Percé Rock is an oft-photographed limestone island that rises up from the surf like a ghostly ship. There are several local legends that feature the rock, all of them variations on a romantic tale of young lovers separated by distance and duty. Most of the tales feature a villainous group of pirates who meet their doom when their ship crashes into the fog-shrouded sheer walls of the island. We heartily approve of geographic features made exciting by adding pirates and lost love.