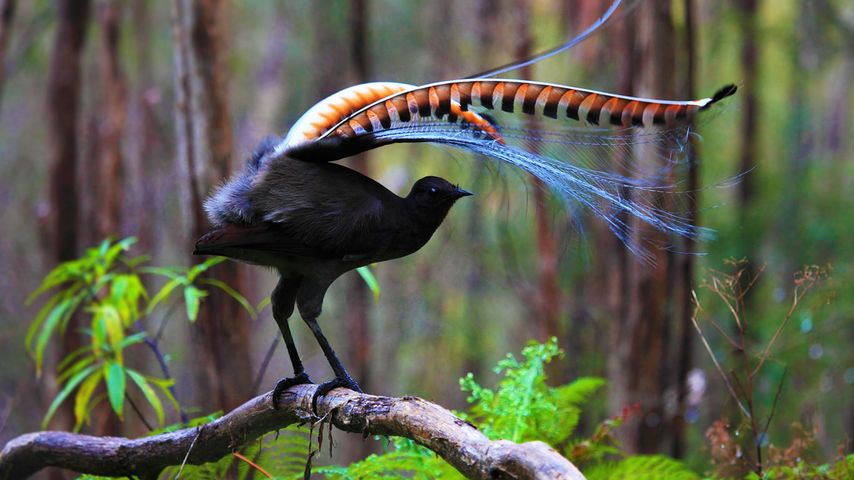 Venture into the forests of southeastern Australia and you may hear the calls of numerous birds, perhaps the clicking of camera shutters, or maybe the bleating of electronic devices. They may be the real deal, but in fact, any of these could be the voice of a superb lyrebird, one of nature’s greatest mimics. The male’s framing tail feathers give the bird its name, for the resemblance to the ancient Greek musical instrument. However, you’re forgiven for thinking it may be called a liar bird.