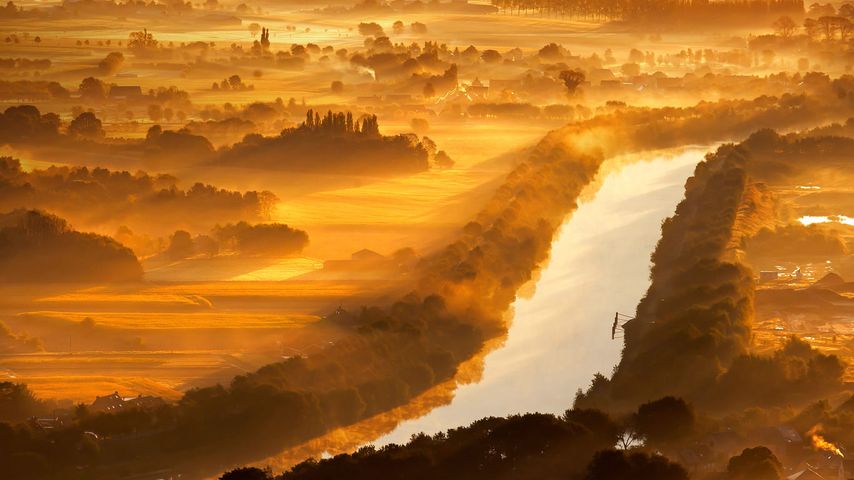 Before flowing into the North Sea, the Yser River crosses the northern border of France into Belgium’s West Flanders region. During World War I, Belgian forces successfully defeated invading German troops during a months-long battle on the Yser. Both sides took heavy losses, but a Belgian victory kept the entire nation from falling under German control. Aside from the North Sea coast, most of the inland region around the Yser includes marshes and floodplains.