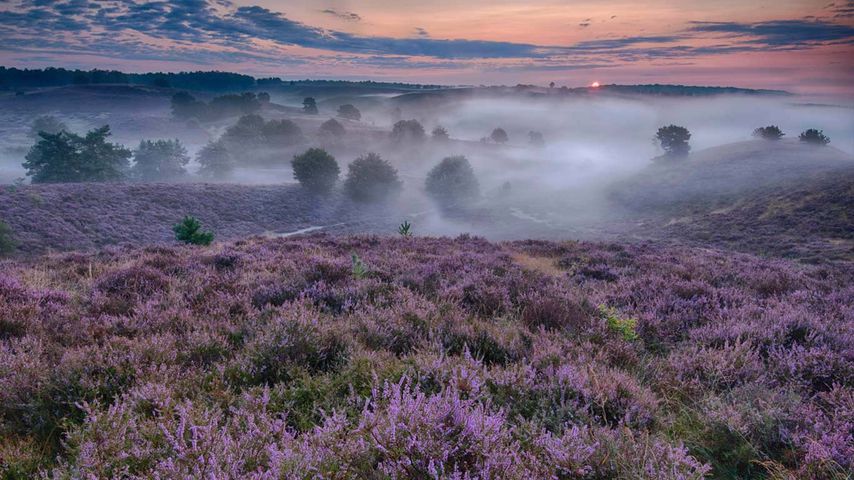 Common heather is the only species in the genus Calluna. The alpine plant was once considered a vulgar symbol of poverty, perhaps because it grows in the rugged heaths and moors of Europe, where the acidic soil makes farming difficult. But at some point during the 19th century, alpine flowers became fashionable in the West and suddenly heather was no longer the lowly bloom of the moorland. And though thistle is the national flower of Scotland, heather blooms are a major cultural symbol of Scottish lore.