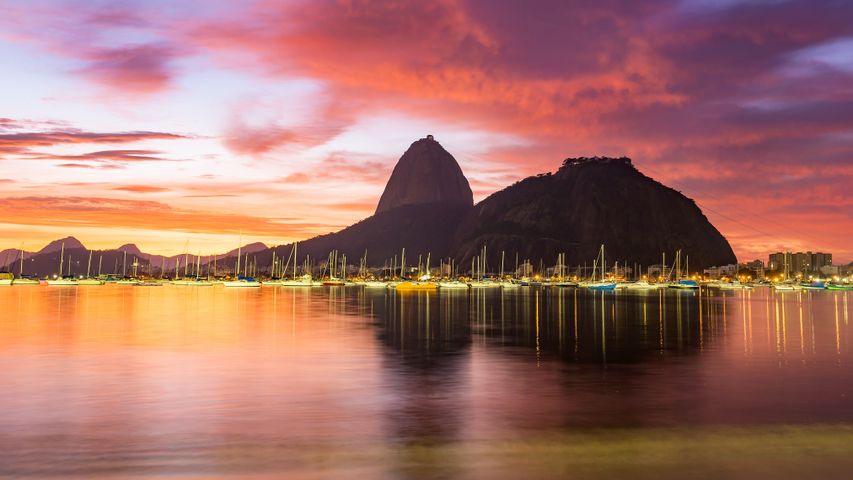 Perhaps one of the most internationally recognised parts of Brazil, Sugarloaf Mountain overlooks the surrounding waters of Guanabara Bay and the bustling city of Rio de Janeiro. A famous cable car connects Urca – the first hill at 215 metres – with the Sugarloaf Mountain, and together they form the Sugarloaf Mountain and Urca Hill Natural Monument. Along with the Christ the Redeemer statue, they are the city's most famous postcard images. The vehicle, which also connects the two hills to Praia Vermelha, was conceived in 1908 and opened in 1912. It was the first cable car in the country and the third in the world.

In today's image, the impressive mountain scenery and docked yachts are reflected in the waters of Marina da Glória. Nestled between Sugarloaf and Corcovado Mountains, Marina da Glória is one of the city’s most popular waterfront destinations. The venue hosted sailing competitions at the Rio 2016 Olympic and Paralympic Games, and now receives around 1.3 million visitors a year. The marina is one of South America’s premier charter destinations and can accommodate yachts measuring up to 60 metres in length. From here you can explore Flamengo Park, the largest public park and recreation area within the city, as well as enjoy some of the best views of Sugarloaf Mountain.