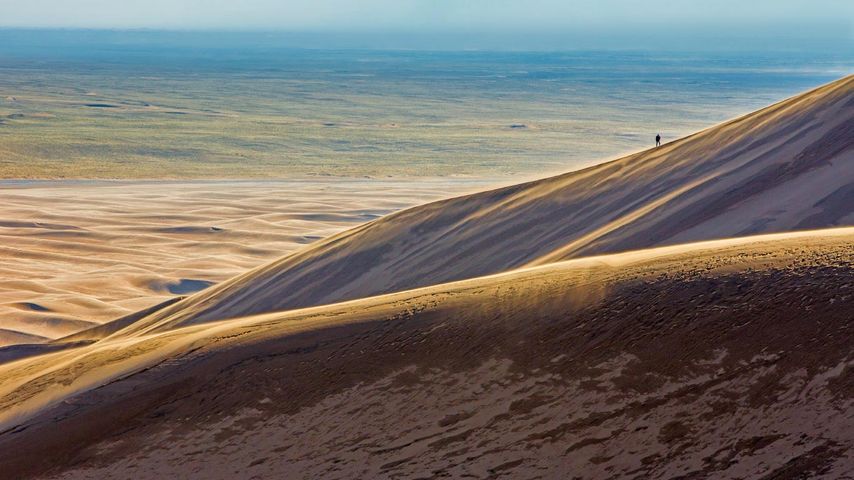 Sand patterns like this were first widely documented in 1995, when divers near Amami Ōshima, Japan, where this photo was taken, spotted a strange circular design on the seabed. Other divers in the Pacific and Indian Oceans reported seeing similar ‘mystery circles’ in the seabed. And in 2011, humans witnessed firsthand just what created them: white-spotted pufferfish. Males of the species work all day for a full week to create the unique patterns, some as wide as 6.5 feet, in an effort to attract the attention of female white-spotted pufferfish. When was the last time your sweetie made sand art for you?