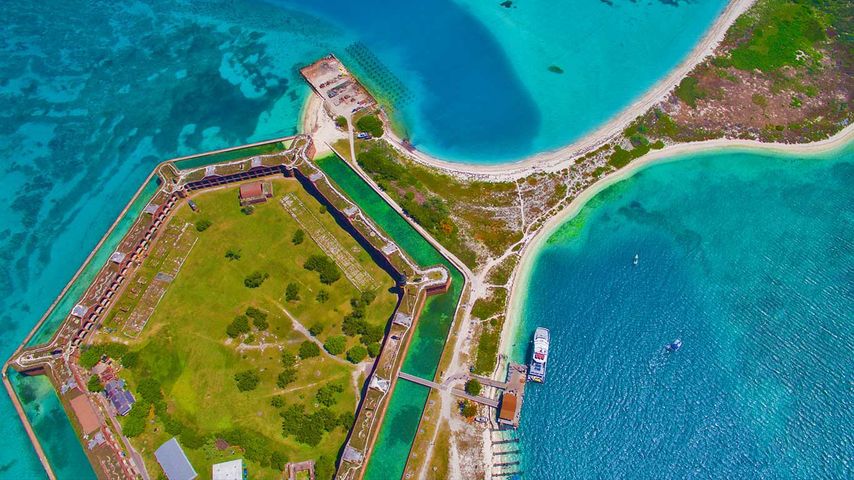 Our national parks 'road trip' sets sail again, this time for seven small islands in the lower Florida Keys, 70 miles west of Key West. Spectacular blue waters, coral reefs, and miles of white sandy beaches are all serious draws, but what really sets the Dry Tortugas apart is the huge relic of Fort Jefferson. Built in the mid-1800s as an outpost for a naval defense of the US Gulf Coast, the fort was never fully completed and was abandoned by the Army in 1874. In the end, more than 16 million bricks were laid, making it one of the largest forts ever built. Today, Fort Jefferson is preserved by the National Park Service and stands as a reminder of the extraordinary measures the young nation took to protect its borders.

Our national parks have preserved some of America's most beautiful places, of course, but by also preserving cultural sites like Fort Jefferson, they protect our national heritage as well. Which American places do you think have such historical and cultural importance that they should be preserved for future generations? Let us know on Facebook, Twitter, and Instagram, where we'll be posting regular updates on our national parks road trip. And don't forget to check back on the Bing homepage each Thursday to see our favorite photo from the park we’ll be visiting that week.