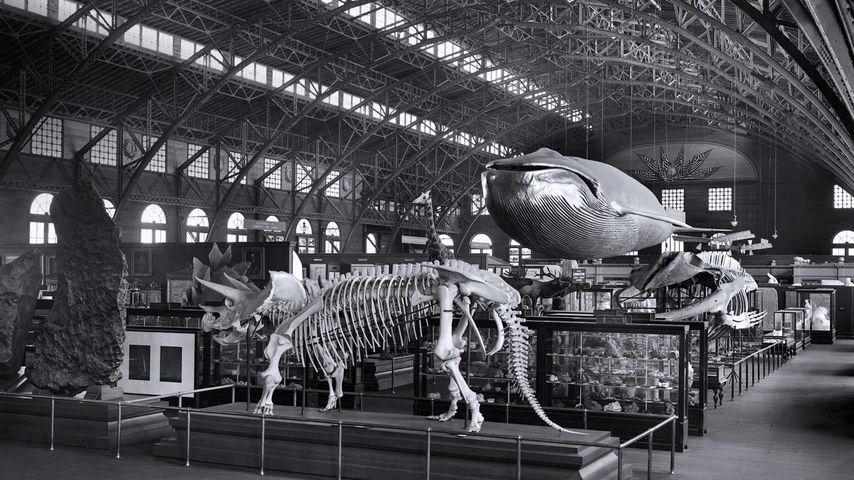 Today, the Smithsonian Institution celebrates 170 years of bringing an ‘increase & diffusion of knowledge’ to citizens of the United States and visitors from around the world. Though based in Washington, DC, the Smithsonian organizes touring exhibits from time to time. This image is from the Smithsonian display at the 1904 Louisiana Purchase Exhibition, also known as the St. Louis World’s Fair. In addition to the triceratops skeleton seen up front, the exhibition also featured the world’s first full cast of a blue whale. The Smithsonian’s collection of art, artifacts, and scientific specimens continues to grow, and now totals roughly 138 million items.