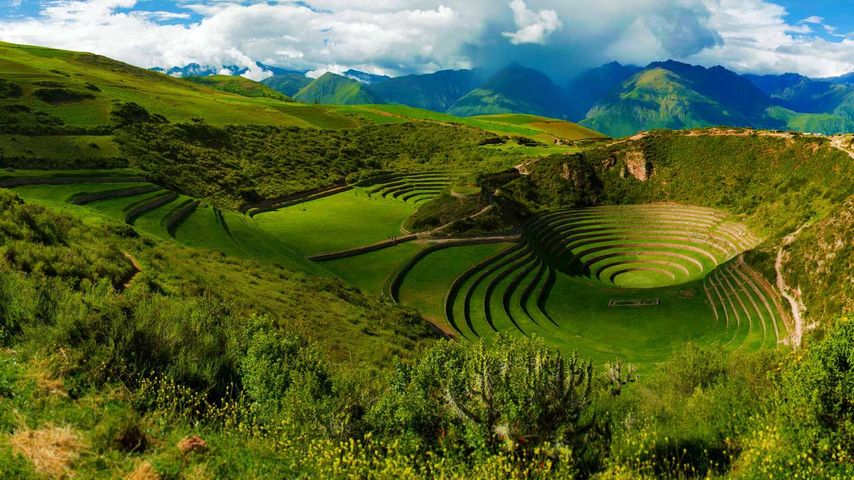 In the hills near Maras, Peru, deep depressions in the land were terraced by the ancient Inca civilization that once ruled this region. Modern scholars agree that the hillsides were engineered to serve as agricultural experiment stations. The air temperatures from the rim to the bottom of each basin can differ by more than 20 degrees, suggesting crops were planted on each level to see how temperatures affected growth. A complex irrigation system backs up this theory. In 2009 and ’10 unusually heavy rains caused significant damage to the Moray ruins.