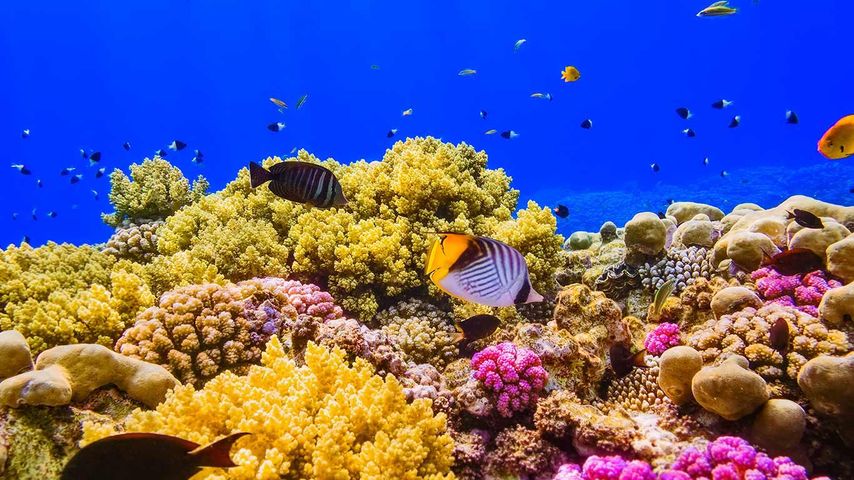 The Red Sea’s Gulf of Suez and Gulf of Aqaba are well known for their many coral reefs. In fact, the Red Sea is home to around 300 different coral species, with the most developed colonies of coral off the coast of Egypt, where this photo was taken. The coral here is considered fairly healthy too, compared to the plight of coral bleaching in other parts of the world. In some of the resort areas, divers have reported obvious deterioration of reefs, but that’s why Egypt’s government has been establishing protected reef areas, including the famous Ras Muhammad National Park, which is primarily a marine park.