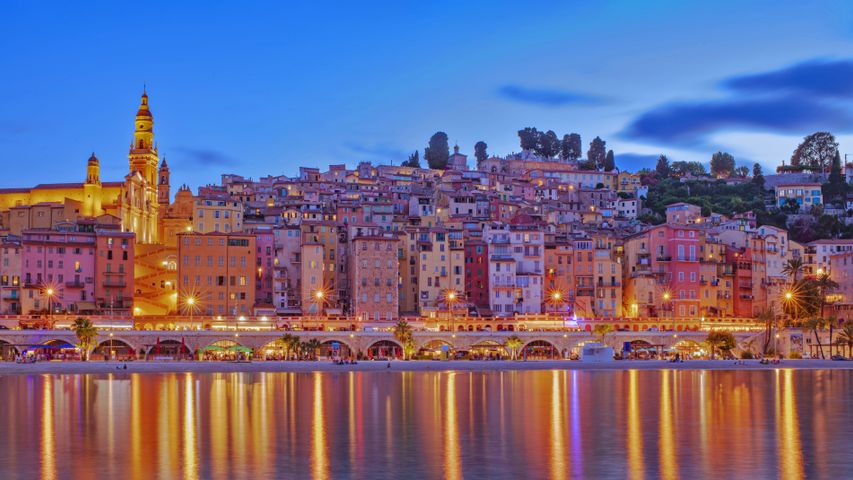 Anchoring the eastern end of the French Riviera near the Italian border is Menton, the so-called 'Pearl of France.’ It’s prized for its beauty and incredible weather that features an average of 316 days a year with full or partial sun. That climate enables Menton to enjoy amazing lemon yields that have given rise to the annual Fête du Citron, or Menton Lemon Festival, a 17-day extravaganza in February featuring floats and sculptures created out of lemons and oranges. More than 200,000 visitors marvel at the nearly 150 tonnes of fruit used in the festival.

Owing to its strategic location, Menton and its surrounding locale have been coveted by various powers for centuries. The princes of Monaco, Napoleon III, German Nazi forces, and the King of Sardinia among others have all held sway over this jewel of the Côte d'Azur. These days, Menton has something for everyone—gorgeous gardens, pastel-painted architecture, beaches, cafes, nightlife, and of course, lemons.