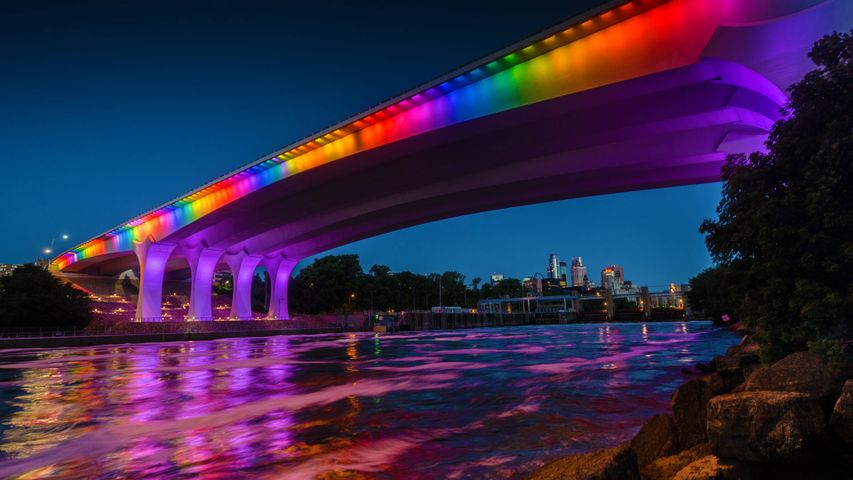 June is Pride month, and cities across the nation are celebrating the LGBTQ community. Here in Minneapolis, the Interstate 35W Bridge is lit up with rainbow colors—a longtime symbol of gay pride. The rainbow flag first debuted 40 years ago, in 1978, after San Francisco city supervisor Harvey Milk suggested that designer Gilbert Baker create a flag for the San Francisco Gay Freedom Day Parade. Baker, who died last year, once said he was inspired by rainbows because they’re part of nature, and representative of everyone.