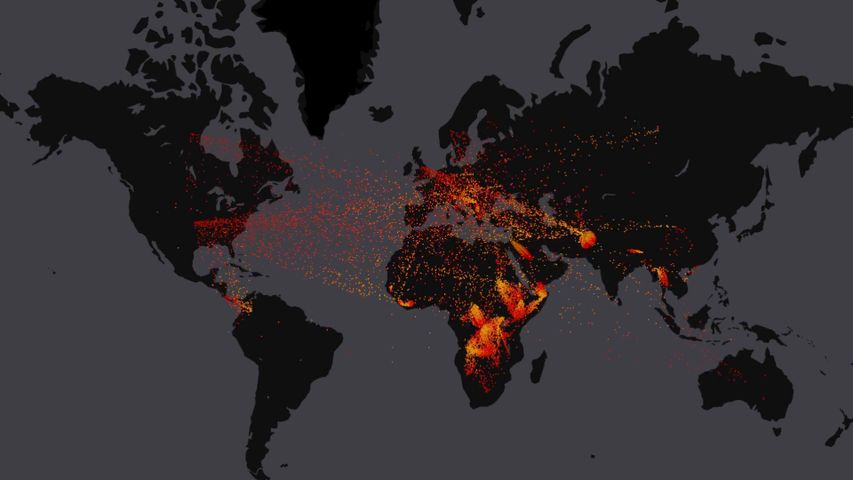 In marking World Refugee Day, which is observed on June 20th, the United Nations notes that on any given day thousands of families are fleeing from their homes to escape violence. The map we’re showing represents the movements of these refugees around the globe from 2000 to 2016. Each orange or red dot represents 17 refugees. The UN established World Refugee Day to increase awareness among all people that those fleeing war and oppression are not a burden, but a responsibility for all of us. It’s an occasion to demonstrate support for the millions forced to flee.

Tunnel of Love in Klevan, Ukraine