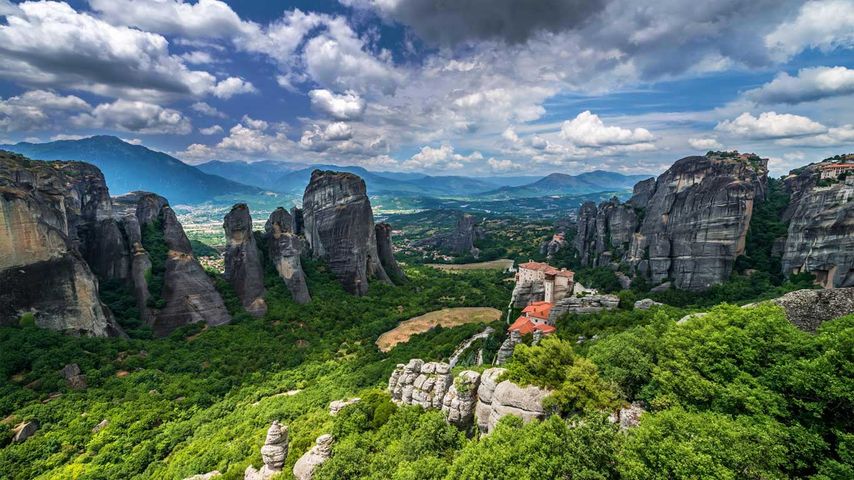 Roussanou is one of six monasteries perched atop the sandstone pillars in Meteora, Greece. The name ‘meteora’ translates loosely to English as ‘middle of the sky’ or ‘in the heavens’. The hermitages are now accessible by stairs cut into, or added to, the steep stone walls. But prior to the addition of the stairs in the 20th century, the only way up or down was via a series of ladders, or to be hauled up via nets and ropes, the same way food and other necessities were delivered to the monasteries.