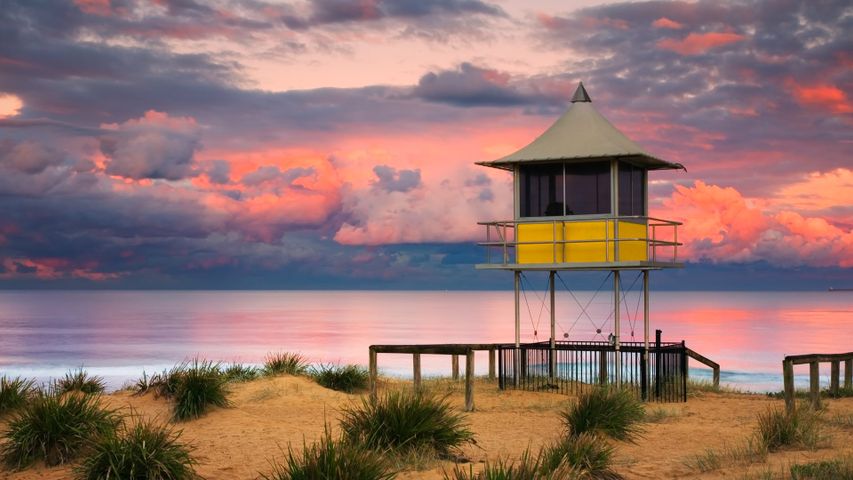 Serenity by the sea

As the summer wanes here in the northern hemisphere, spring is just getting started in Australia. This serene sunset scene is at the Entrance beach in the Central Coast region in New South Wales, a popular holiday destination here on Australia’s east coast. It’s called the Entrance because it is the gateway to Tuggerah Lake off to the north – acting as a narrow channel between it and the Pacific Ocean on the opposite side.

Just over an hour’s drive from Sydney, the small town packs plenty of history, and is home to both Norah Head Lighthouse, built in 1903, and a classic carousel built in Germany during the late 1800s, which is still popular with children today. But because the Entrance area has six different beaches to enjoy, most still visit for the perfect combination of sand, surf and sun.