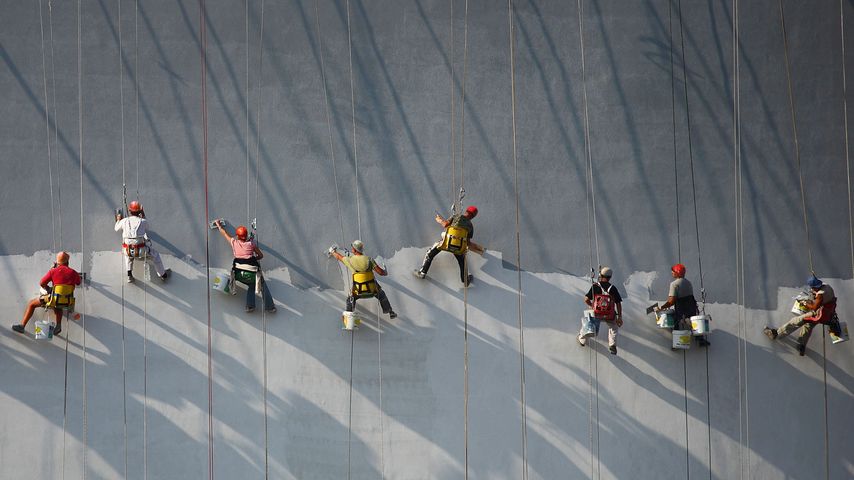 A painting crew puts on a fresh coat

A painting crew puts on a fresh coat

The unofficial end of summer has arrived. (Don’t break out the pumpkin spice coffee yet. Science says we have a couple more weeks.) Labour Day in Canada traces back to the late 1800s, when unions began to form in an effort to protect workers’ rights. While unions organize picnics in honour of Labour Day today, many Canadians celebrate it as the last long weekend of summer. So if you have the day off, thank those 19th-century activists who made it possible.

Skating on the Rideau Canal during Winterlude in Ottawa

Sockeye salmon spawn in the Adams River in British Columbia