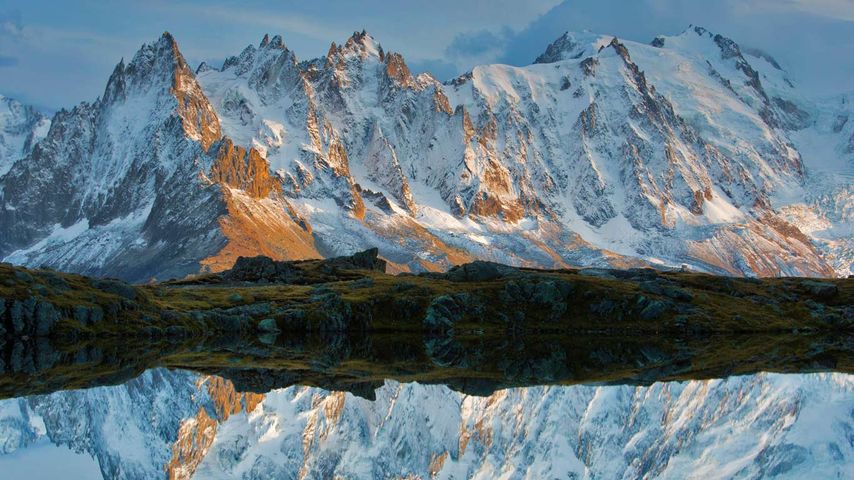 The Aiguilles Rouges near the village of Chamonix in France

The Aiguilles Rouges near the village of Chamonix in France

The Aiguilles Rouges (Red Peaks) mountain range dominates this scenic view of the Chamonix region of southeastern France. Chamonix is a popular destination for skiers, and its reputation as one of the world’s premier winter playgrounds was assured when it became the first location of the Winter Olympic Games in 1924.

It’s also home to what is currently the highest vertical-ascent cable car in the world. The cable car takes visitors from a starting elevation of 3,396 feet in Chamonix up to 12,605 feet at the summit of Aiguille du Midi. Some passengers were recently stranded overnight in the gondolas at an altitude of nearly 12,500 feet, but no one was hurt following a daring helicopter rescue. For now, we’ll just admire the view from here, thanks.