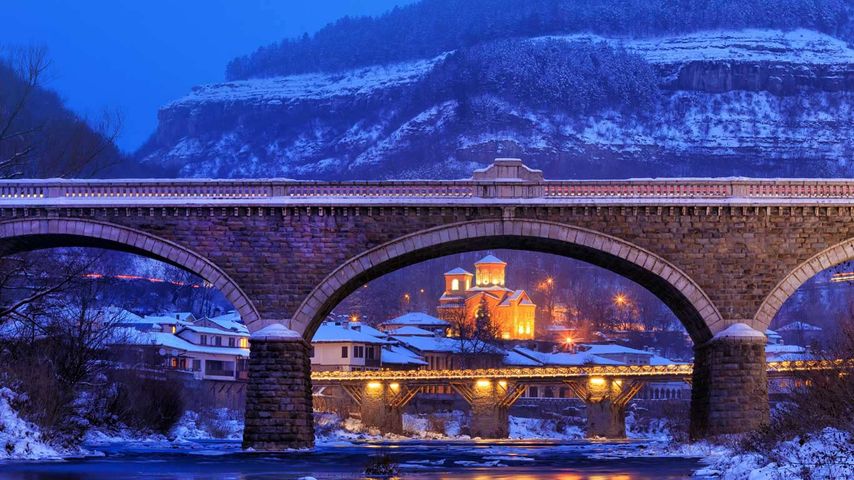 This city on the banks of the Yantra River in northern Bulgaria stands as a reminder of the more than two-century rule of the Second Bulgarian Empire. From 1185 to 1396, Bulgaria was the most powerful nation in the Balkan region, going head-to-head with the Byzantine Empire further west. Today, Veliko Tarnovo (Great Tarnovo in English) is a busy manufacturing centre with architecture representing the region’s numerous historic periods, including the Second Empire-era fortress known as the Tsaravets.