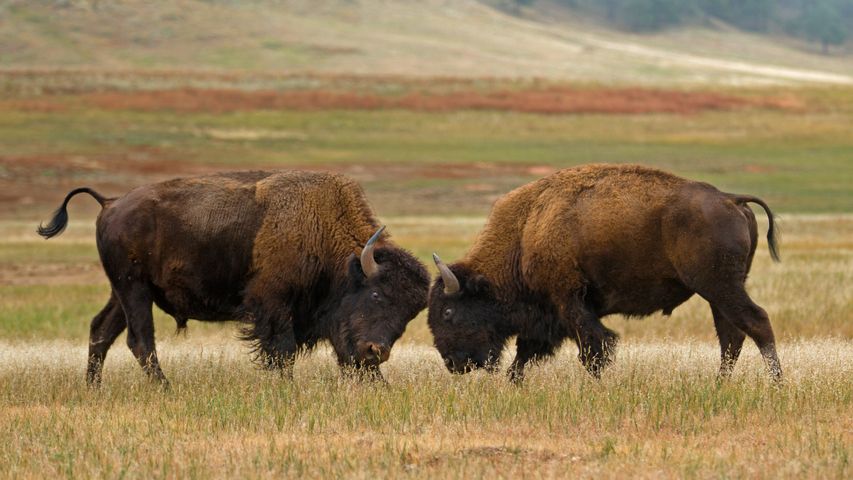 Between the more famous national parks of Yellowstone and the Badlands lies Wind Cave. Established 100 years ago, this national park is home to one of only four wild herds of genetically pure bison in North America. These two are the descendants of 20 bison saved from slaughter by conservationists in the early 1900s. At the time, fewer than 1,000 wild bison were left alive out of a population that once numbered 50 million. Above ground, the park is the largest grass prairie in the country. Below ground lies one of the most extensive cave systems in the world. As the weather above changes, air flows into and out of the caves creating the wind for which the park was named.