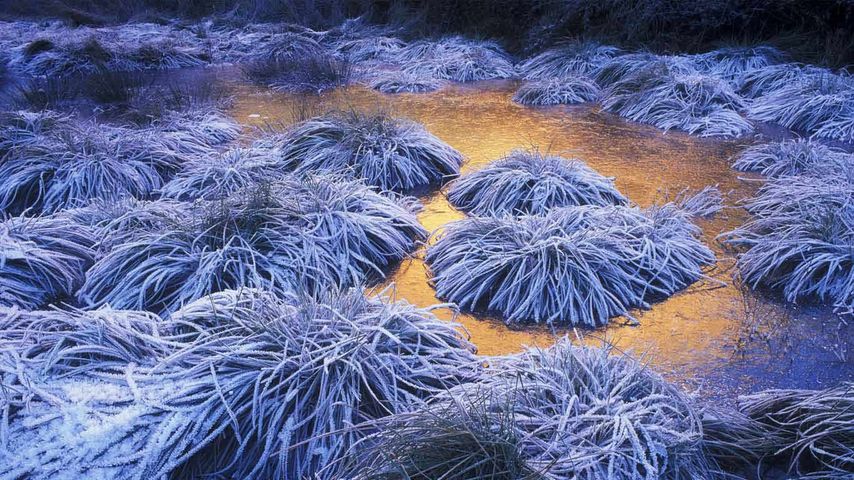 Winter frost on the ground at Las Médulas in northwest Spain adds new colour to an already unusual landscape. When this region was part of the Roman Empire, Las Médulas was a massive open-pit goldmine. Using a hydraulic mining technique, the Roman workers pumped water into the mountains, letting the pressure push open the veins where gold could be panned out. It altered the local environment and remains of the ancient Roman mining operation are still at the site.

A Brandt's cormorant in a school of Pacific mackerel beneath an oil rig off the coast of California, USA

In Somerset for Old Twelvey Night

Hellroaring Peak in the Whitefish Range of Montana