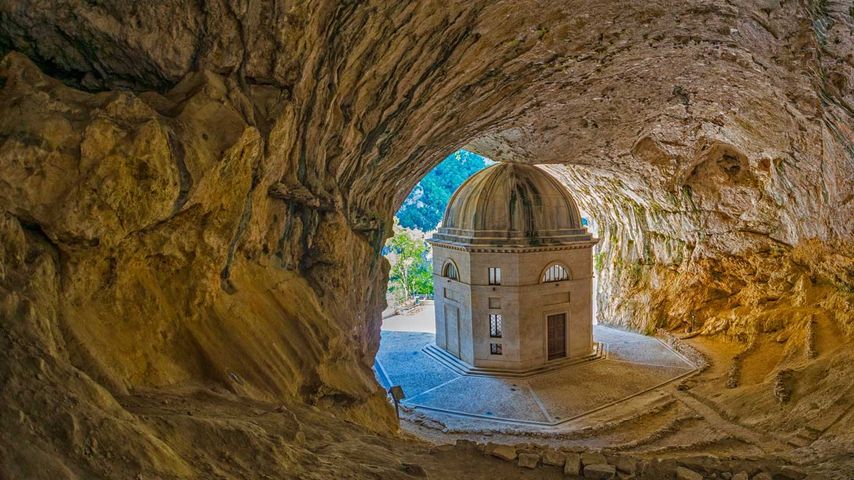 In ancient times, the people in the villages near the Frasassi Caves in central Italy used this spot to hide from invading armies. Sometime before or during the early 11th century, Benedictine monks built a small stone hermitage outside the cave, but in 1828, Pope Leo XII commissioned the construction of the eight-sided Temple of Valadier just inside the cave’s entrance. Beyond the marble temple is a sizeable karst cave system that is open for public tours.