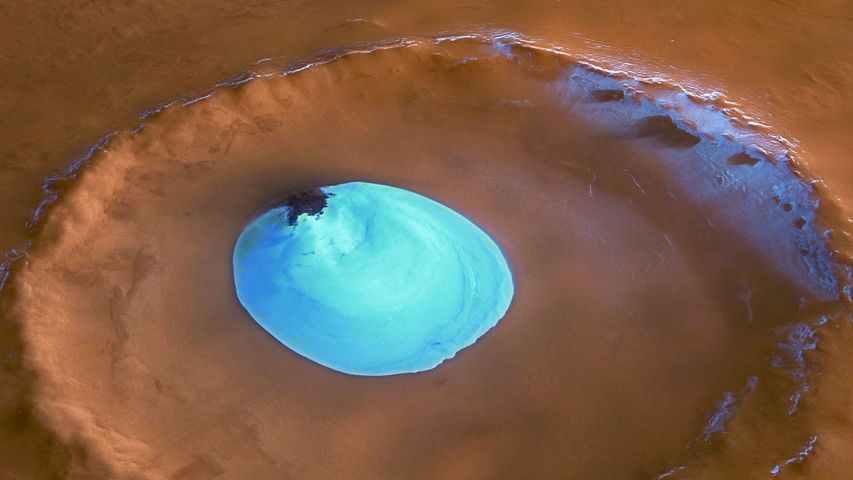 There’s water on Mars, and the European Space Agency’s satellite Mars Express has the photos to prove it. Up in the northern parts of the red planet, the water stays frozen all year. But in winter a layer of frozen carbon dioxide—dry ice—forms on top of this. The Mars Express has taken enough photos of the planet’s surface to create one of the most complete topographical maps of Mars we have. This 34-kilometre-wide crater is just one of more than 43,000 large craters found on Mars to date. They were formed by objects like asteroids and meteorites hitting the planet over millions of years.