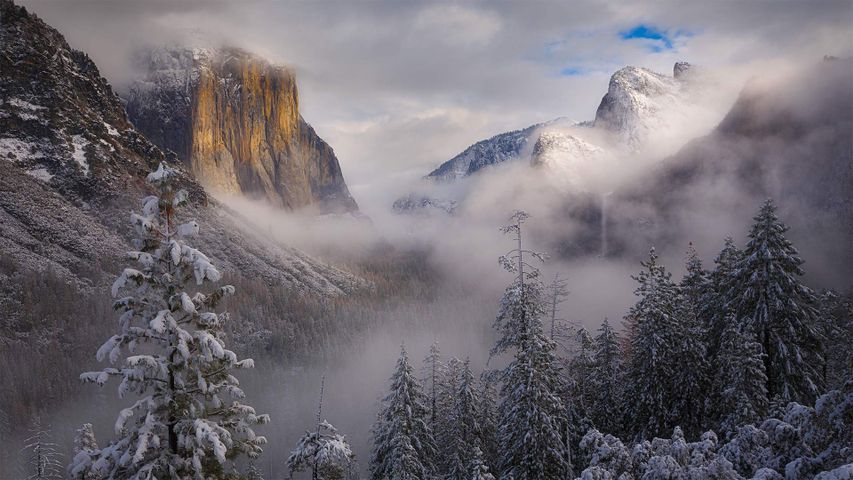 Adams' style is one of the most recognisable in photography. Bright whites against deep blacks, with high horizon lines that leave most of the frame filled with the landscape, a narrow lens aperture placing every tiny detail in biting focus. Unlike many photographers of the day who considered themselves more journalist than artist, Adams was a visionary. Instead of plainly documenting what he saw, Adams aimed to convey the enchantment, awe, and terror his beloved landscapes made him feel, spending hours in the darkroom fine-tuning exposures to match what he visualised. 'Clearing Winter Storm' — the photo that today's image pays tribute to — was taken around 1937, depicting ominous clouds gathering around El Capitan and Bridalveil Fall, whiting out the distant peak of Half Dome.