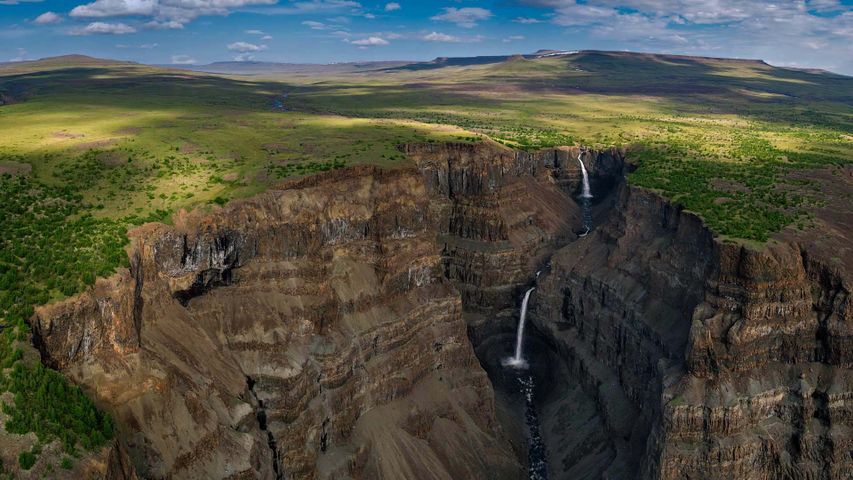 To explore the vast Putorana Plateau in north central Siberia is to feel as though you’ve entered a region of the world untouched by human civilisation. The landscape surrounding the plateau was heaved up some 250 million years ago during a volcanic eruption that lasted about one million years. Then the plateau itself arose from an earthquake that shook the area roughly 12 million years ago. Today, the rugged terrain includes a 1.8-million-hectare nature reserve that protects some of the most pristine and remote territory of Russia. Portions of the Putorana Plateau are cut by rivers into deep canyons like this one, with waterfalls tracing the distance from the plateau’s top to the deep crevices below.