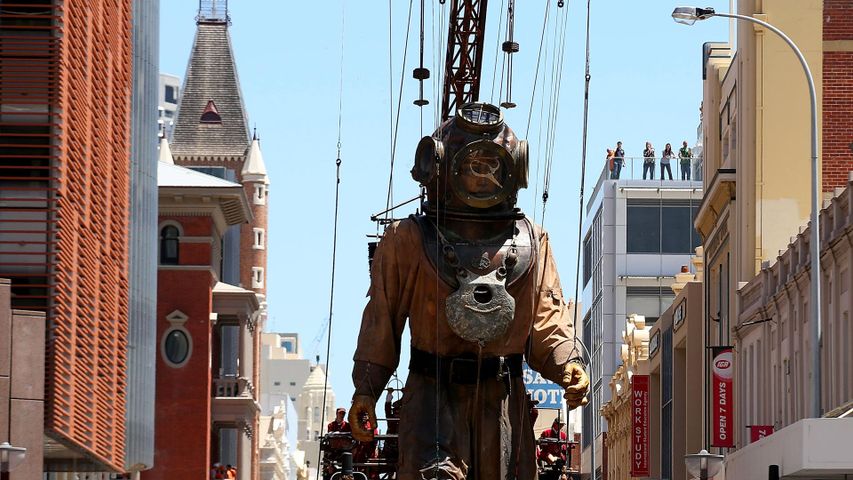 If you’re a West Australian, there’s arguably no more enjoyable time to be home than during Perth Festival - the oldest arts festival in the Southern Hemisphere. For a few weeks each summer, the city’s unique qualities and diverse audiences are celebrated, as some of the best artists from around the world come together to create truly memorable performances, installations and more.

Today’s homepage image was one of The Giants – the talk of the town for 2015’s festival that was comprised of a six-metre tall girl and an 11-metre tall diver. Over the course of three days, ‘The Incredible and Phenomenal Journey of The Giants’ wowed children and adults alike as they watched a modern-day fable come to life as the two characters, originally separated, gradually come together on the Streets of Perth. This year’s highlights include a city of lights, new-age circus show ‘Leviathan’, and a tribute to Bon Scott, the iconic front man of legendary Aussie rock band, AC/DC.