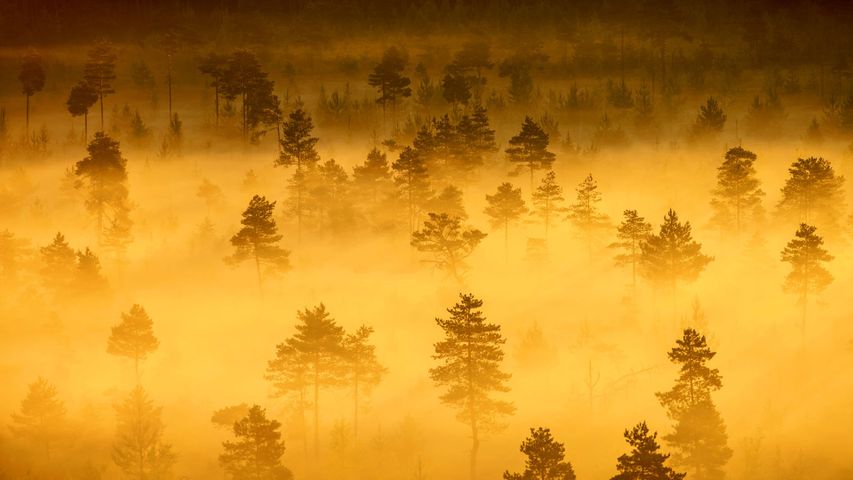 While this may look like the humid, exotic terrain of the Amazon, we’re in southern Finland, where one of the world’s few surviving raised bogs has protected status within Finland’s borders and became a national park in 1990. Raised duckboard trails allow visitors to experience the park’s rare ecosystem, where peat turf that reaches a thickness of nearly 40 feet soaks up rainfall. In spring and autumn, migrating cranes and geese make a stopover in the park.