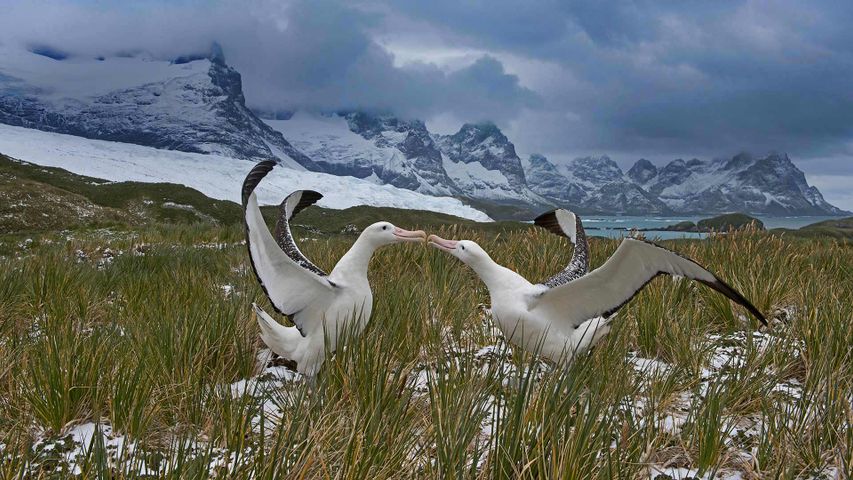 They might be a few days late for Valentine's Day, but these birds look like they're in the mood for love. Wandering albatrosses (also known as snowy albatrosses, white-winged albatrosses, or goonies) mostly live on the open ocean but arrive on land for mating season. A gland on the top of their nasal passages allows them to survive drinking saltwater as they feed on small marine animals. They can float on the sea surface and glide for hours.

These birds are some of the largest in the world by wingspan, which can reach 12ft, and are seen here in South Georgia, a remote island in the southern Atlantic Ocean. The British overseas territory has no permanent residents but is visited by yachts and cruise ships, as tourists come to fish or observe the unique wildlife.