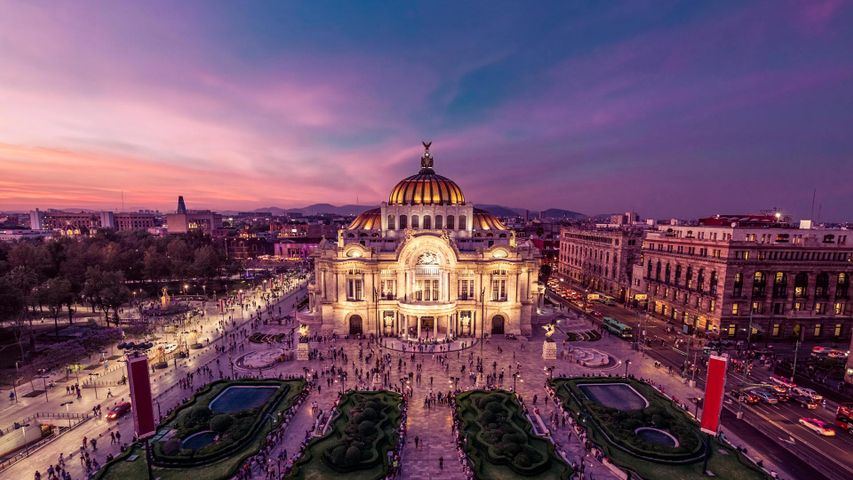 While planning and construction of this performance space in the old town area of Mexico City began in 1904, little had been built almost a decade later. Structural problems, politics, economics and eventually the Mexican Revolution brought the project to a standstill until 1932, when construction resumed with gusto and the Pallacio opened two years later. Countless operas, ballets, symphonies and other cultural events have since been staged here. The building itself a work of art, with its Art Nouveau exterior and an Art Deco interior, and is home to significant murals by Mexican artists including Diego Rivera.