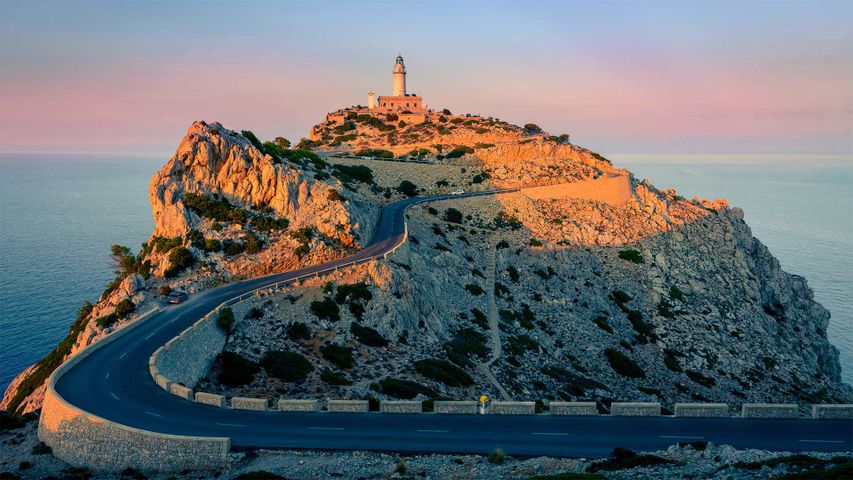 We're at the northernmost tip of Mallorca's rugged Cap de Formentor, an 11-kilometre-long slab of rock that's home to one of the most picturesque lighthouses on the Mediterranean Sea. Built atop this Spanish island in 1863 at 210 metres above sea level, the beacon still shines (by solar power now), protecting ships from the rocky coastline below. The wild and rugged Cap de Formentor is accessible by a twisty road that offers incomparable views along the way - including several beautiful beaches and, since 1929, the Hotel Formentor, a glamorous Mediterranean icon.

During its heyday in the mid-20th century, the hotel was a destination for writers and celebrities such as Charlie Chaplin, Elizabeth Taylor, Audrey Hepburn, Grace Kelly and the Prince of Monaco. Today, the cape is less known for its star-studded past and more for protecting and conserving its natural and unspoiled beauty.