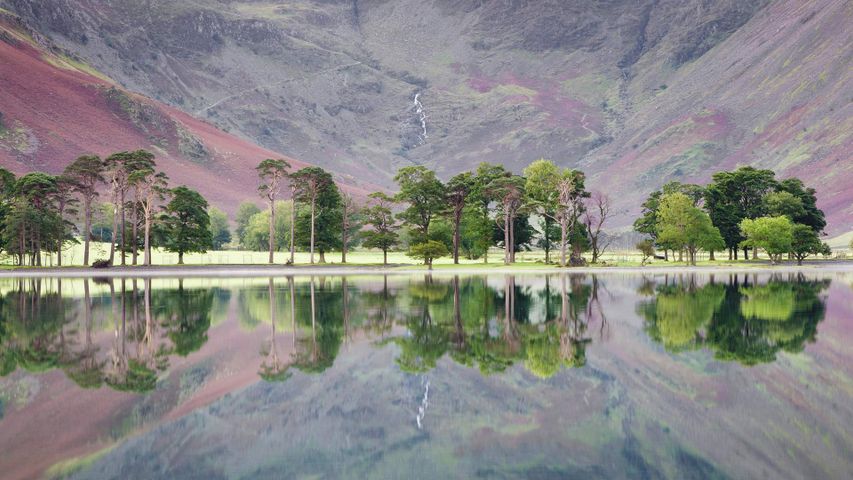 In the heart of the beautiful Lake District in North West England, Buttermere, meaning “the lake by the dairy pastures,” has bragging rights to some of the national park's most spectacular views. This tranquil scene, at the southern tip of the lake, features a row of Scots pines – known as The Sentinels – reflecting in the still waters amidst a backdrop of dramatic fells. The idyllic lake is popular with photographers and walkers, with a pathway stretching nearly eight kilometres around its perimeter. Perfect for a summer evening stroll.