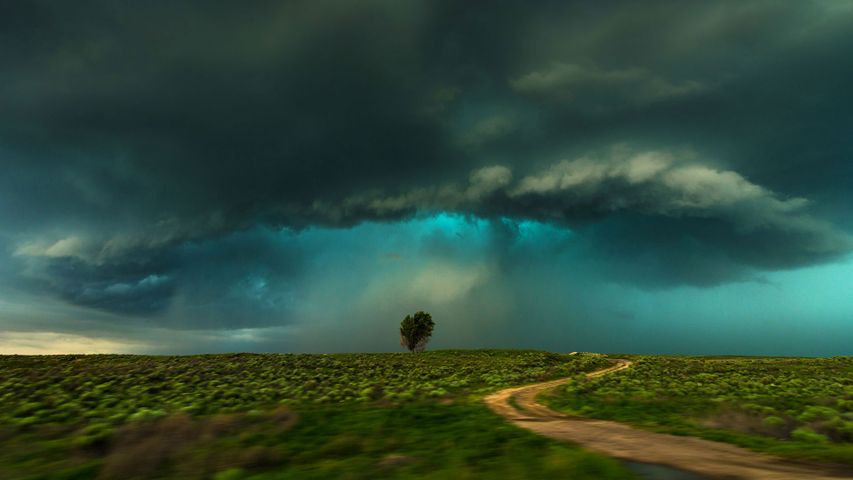 If you’ve ever lived in an area where tornadoes occasionally strike, you may recognize this angry-looking sky as the potential start of something more dangerous than a run-of-the-mill thunderstorm. Lamar, Colorado—where this photo was taken—is on the western edge of the region in the US known as Tornado Alley, a wide band of the Midwest where tornadoes are more likely to occur than anywhere else in our country. The four-month stretch from March through June is often called ‘tornado season’ by both residents of Tornado Alley, and the scientists who study the violent funnel clouds.