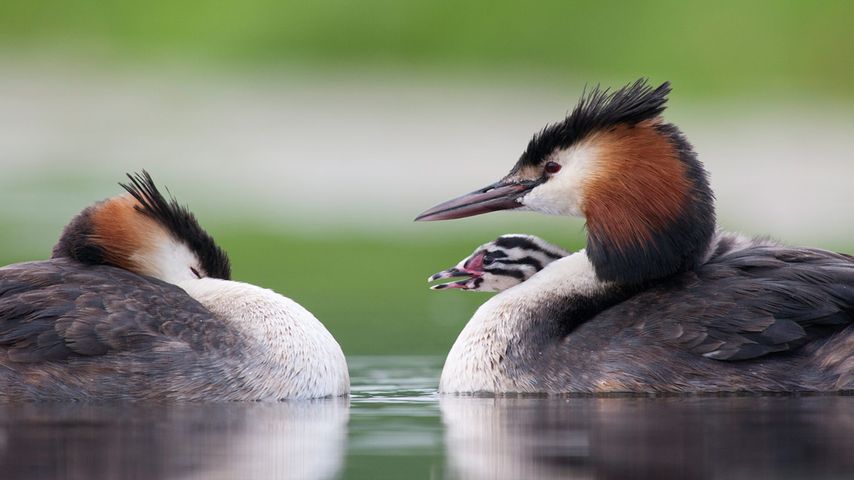 The chicks of great crested grebes are pretty recognizable, with diagonal black stripes running across their white faces and bills. As the chicks grow into adults, the stripes disappear in favor of rust-colored feathers on the neck and the titular crest of black feathers on both male and female mature grebes.

And though newly hatched great crested grebes are fully capable of swimming and diving for their own food, the parents often carry the chicks on their backs during the first week after hatching.