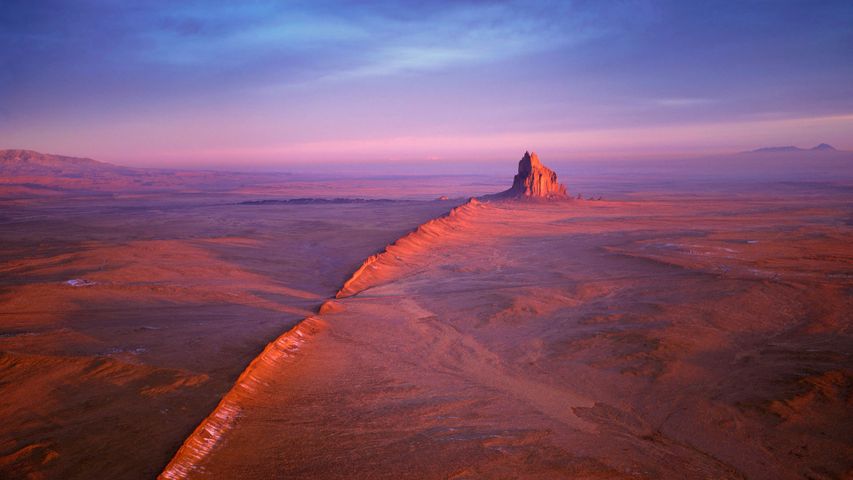 Millions of years ago, a mountain shrouded Shiprock from view. The volcanic plug—a hardened magma plug that stops up a volcano—formed and after millions of years of erosion, the mountain washed away, leaving Shiprock exposed. The Navajo people call it the ‘winged rock,’ as their creation myth includes the tale of giant supernatural birds, one of which landed atop Shiprock. Europeans called it Shiprock because of the rock’s resemblance to a 19th-century clipper ship. That natural stone wall leading to Shiprock is the volcanic ‘throat’ that once channeled molten rock to the crater.