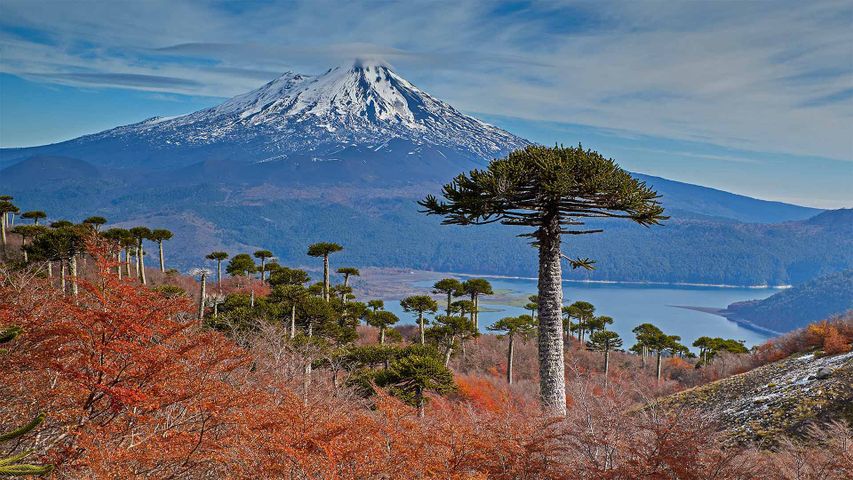 It's nearly autumn in Chile, where signs of the season vary widely as one travels from the Atacama Desert in the north more than 2,600 miles south to the tip of Tierra del Fuego. Around halfway between these two extremes you can find Conguillío National Park and the volcano Llaima at Chile's center. In March, at the start of the Southern Hemisphere's autumn, the leaves of the deciduous forest begin to turn color and fall, and the native Chilean pine trees (Araucaria araucana) stand out even more strikingly.

Because of their distinctive appearance and the fact that they thrive in a wide range of climates, Chilean pine trees became a favorite of botanists in the 19th century, who transported and cultivated them in many temperate areas around the world. Also known as 'monkey puzzle' trees, they got this whimsical common name in the 1850s when English barrister Charles Austin observed, 'It would be a puzzle for a monkey to climb that.' Even more amazing is that these trees can live over a thousand years and are themselves living fossils, descended from a lineage stretching back 260 million years to the time of the dinosaurs.