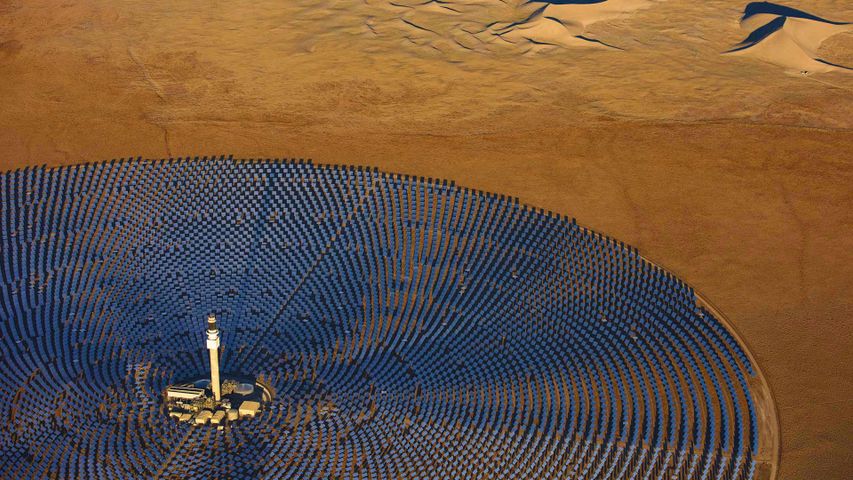 File this one under ‘Massive industrial sites that become unintentional public art when seen from the right perspective.’ That perspective comes via a single-engine plane flying over the southwestern edge of Nevada, near the town of Tonopah. This is where the Crescent Dunes Solar Energy Project harvests the bountiful sunshine in the region, converting and storing it as energy that is distributed to homes through the Nevada Power Company. The power plant has been operating since September, 2015.