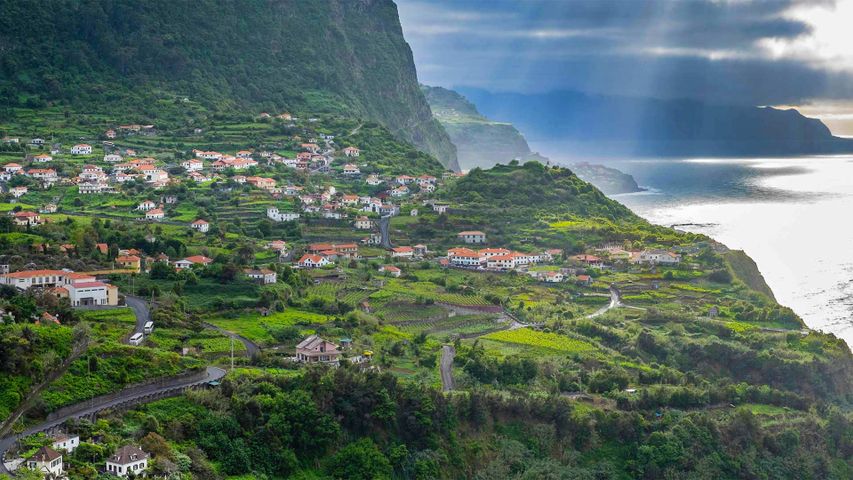 Exploring the 'Pearl of the Atlantic'. A toast to a jewel in the North Atlantic

We're taking a view of the island of Madeira, by far the largest island in the Madeira archipelago, which sits 515 kilometres off the coast of Morocco in the North Atlantic. Part of an autonomous region of Portugal, Madeira, known as the 'Pearl of the Atlantic,' boasts a diverse forest ecosystem, endemic flora and fauna, and the largest living stand of laurel trees in the world. It's a great place to hike, too. Trails run alongside irrigation channels, called levadas, that move water all over the island. Walks range from easy strolls in the countryside to precarious hikes along mountain ridges or into remote parts of the forests. Afterward, the calorie-depleted can dig into a local delicacy like peixe espada com banana (fried local fish with banana) and sip on Madeira wine. Saúde!