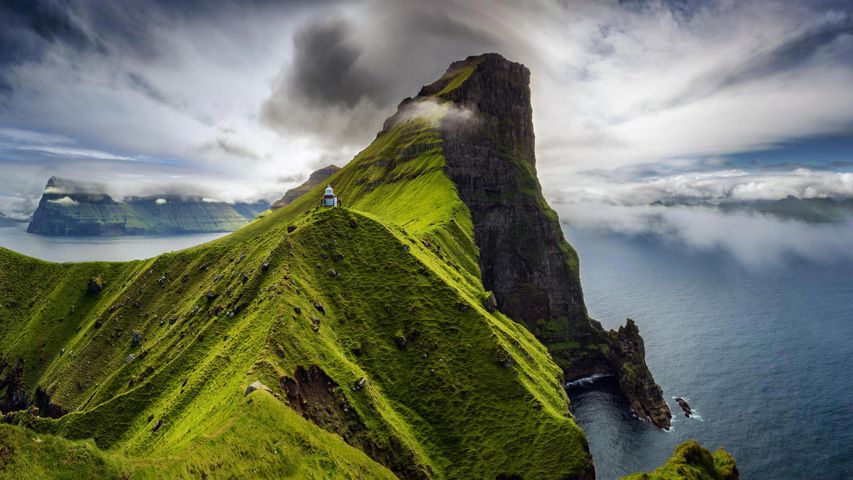 Kalsoy is among the northernmost of the Faroe Island. High, steep cliffs run along on the west shore, with valleys on the eastern slopes where four small villages connect by a highway that tunnels through parts of the island. The lighthouse at Kallur, seen here, is on the northern tip of the narrow isle, with a counterpart lighthouse on the southern tip. About 100 people live on the island, vastly outnumbered by the various marine birds that roost here, including 40,000 pairs of Atlantic puffins.

Gardena Pass and the Sella Group in the Dolomites, Italy