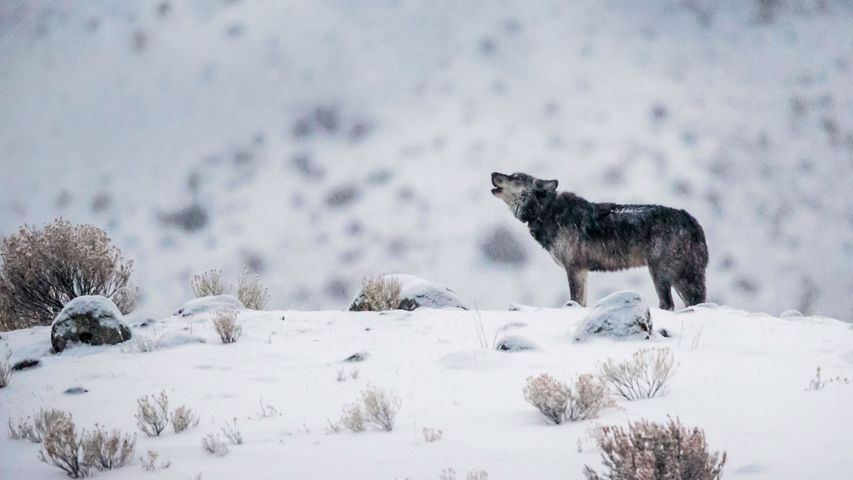 In 1872, when Yellowstone National Park became the first national park in the US, the gray wolf population there was in steep decline due to hunting. Government predator control programs in the early 20th century accelerated this trend, and wolves were eliminated from Yellowstone altogether by 1926. But that would all change when the alpha predator was reintroduced to the park in 1995. Many of the nearly 200 wolves that roam the park today, like the one seen in this photo, wear tracking collars. These collars allow researchers to monitor the movements and hunting habits of the wolves. The wolves’ reintroduction to Yellowstone has helped return the elk population to its historically low levels, which in turn has helped the park’s ecosystem repair itself.