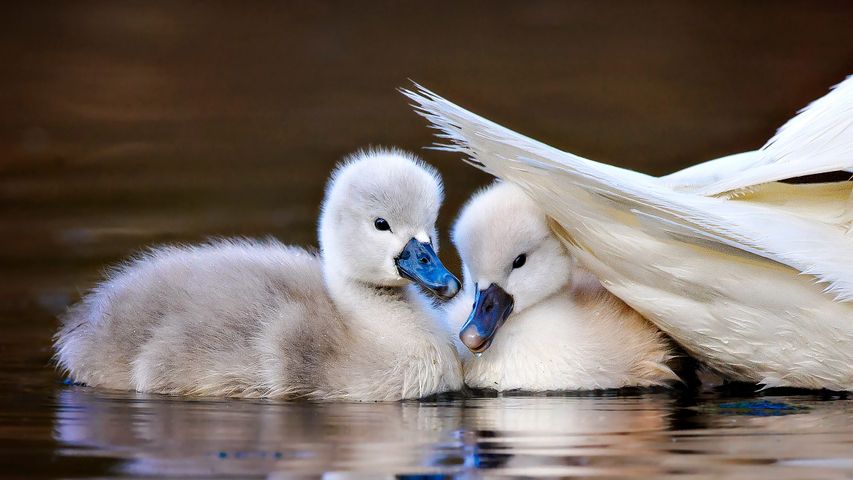 These proverbial 'ugly ducklings' are anything but. Soon, they will indeed grow up to become graceful swans. The young mute swans, called cygnets, are sheltered under mom's tail feathers in the Massapequa Preserve on Long Island, New York, a tranquil oasis in the suburban sprawl of Nassau County.

Mute swans, despite their name, make a variety of sounds such as grunts, snorts, and whistles but are less vocal than other species of swans. The popular phrase 'swan song' comes from the mistaken belief that swans are silent until the end of their lives, when they sing a beautiful song. Cygnets have dark bills and grey down, but as they grow older, they'll acquire snow-white feathers and an orange bill, as well as those long, looping necks swans are famous for. Male swans, or cobs, can weigh over 30 pounds, making them one of the heaviest flying birds in the world.

True to their associations with love and romance, mute swans are devoted lovers. They tend to pair for life and remain monogamous, sharing duties of maintaining a nest and caring for their young. Swan pairs aggressively defend each other and even mourn dead mates. It's no wonder we've come to view them as symbols of enduring love.