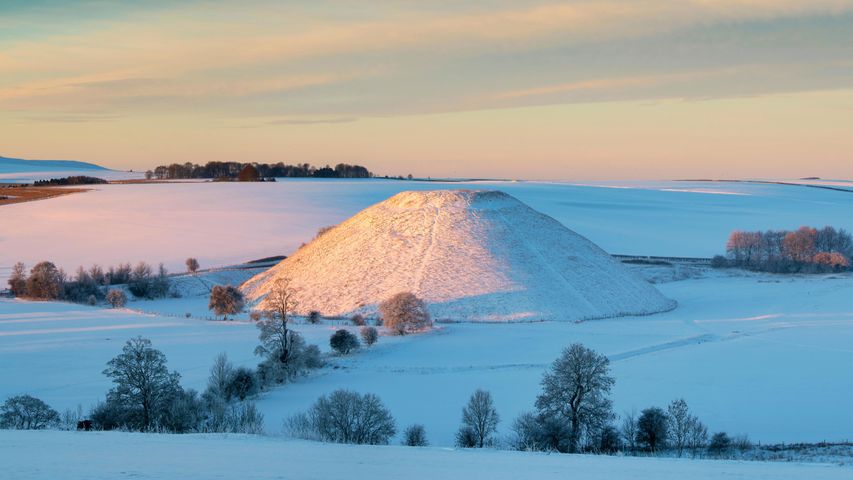 Silbury Hill is a prehistoric artificial chalk mound near Avebury in the English county of Wiltshire. It is the tallest prehistoric man-made mound in Europe and one of the largest in the world similar in volume to contemporary Egyptian pyramids. It is part of the Stonehenge, Avebury and Associated Sites UNESCO World Heritage Site.

Around Avebury, it is part of the complex of Neolithic monuments which includes the Avebury Ring and West Kennet Long Barrow. Several other important Neolithic monuments in Wiltshire in the care of English Heritage, including the large henges at Marden and Stonehenge, may be culturally or functionally related to Avebury and Silbury.