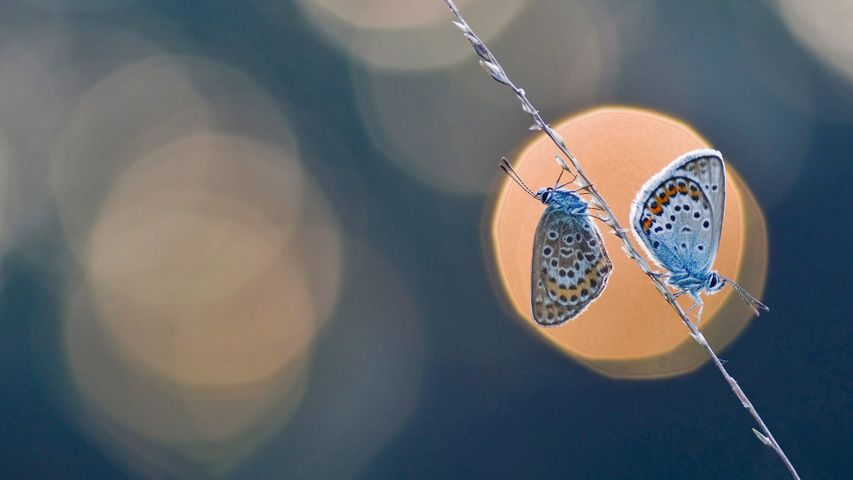 The butterfly effect is a scientific concept coined 50 years ago today, and it has become a literary and metaphorical term to describe the idea that the smallest change may have massive, worldwide implications, and is often associated with chaos theory. Mathematician and meteorologist Edward Norton Lorenz theorised that the flapping of a butterfly's wings, like those of the silver-studded blue butterflies you see in today's image, could weeks later influence the formation of a tornado.