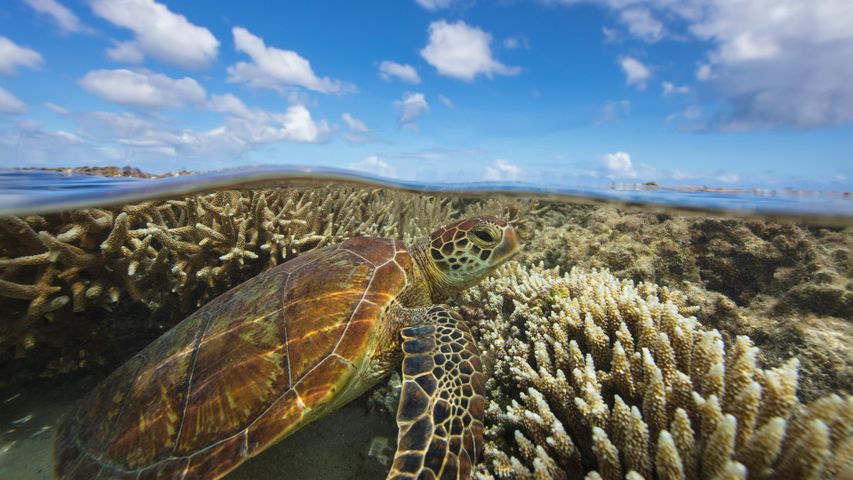 If you’ve ever gone for a dive or snorkel around the Great Barrier Reef, there’s a good chance you would have encountered today’s homepage star. The green turtle, also known by its scientific name Chelonia mydas, can be found throughout much of the globe’s tropical and subtropical waters, as well as a little closer to home here in Lady Elliot Island, Western Australia, and the country’s northern coast. This stunning swimmer is the only herbivorous marine turtle, feasting almost solely on seagrass and algae throughout the Reef area which is known to be an important feeding location for turtles which nest locally, as well as those that nest in other regions and countries.

Sadly, the population of the green turtle is threatened by climate change impacts, pollution, and unsustainable hunting, but Australian government is doing its bit to help stop the decline. In July 2003, for example, the first Recovery Plan for Marine Turtles in Australia was adopted, aiming to set out the research and management actions necessary to support the recovery of marine turtles within the country. With a little bit more help, hopefully we’ll be seeing plenty of more of them in the future.