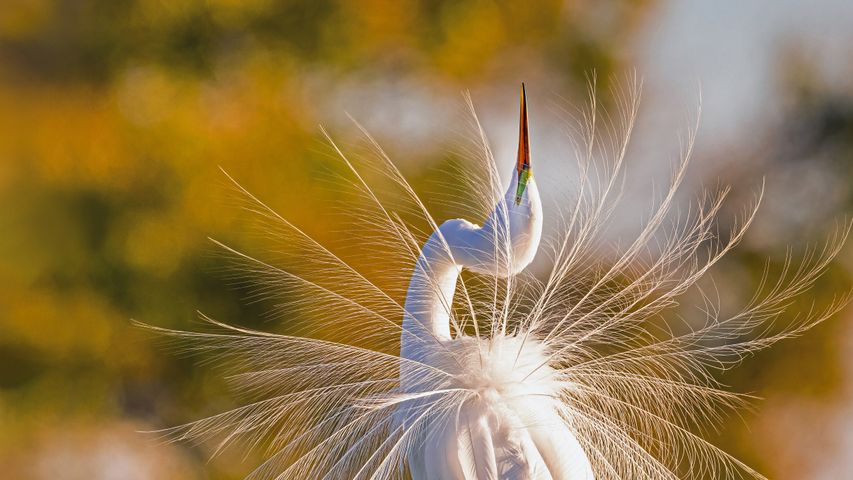 We're in Florida today, at the Everglades National Park, the largest tropical wilderness in the United States. The park was established in 1947 to defend a fragile ecosystem and covers about 20% of the entire Everglades wetland. But even with the park service's protection, the Everglades' shallow freshwater pools have suffered significantly due to human activity.

For example, the park is the most important North American breeding ground for wading birds, like the great egret seen in today's photo. Though great egrets are a robust and widespread species, breeding pairs in the park have declined to a tenth of what they once were. And great egrets are just one of 40 species native to Florida listed as endangered or threatened in the Everglades – so one can see why this unique corner of the United States demands protection.

Birdhouses hanging in a tree