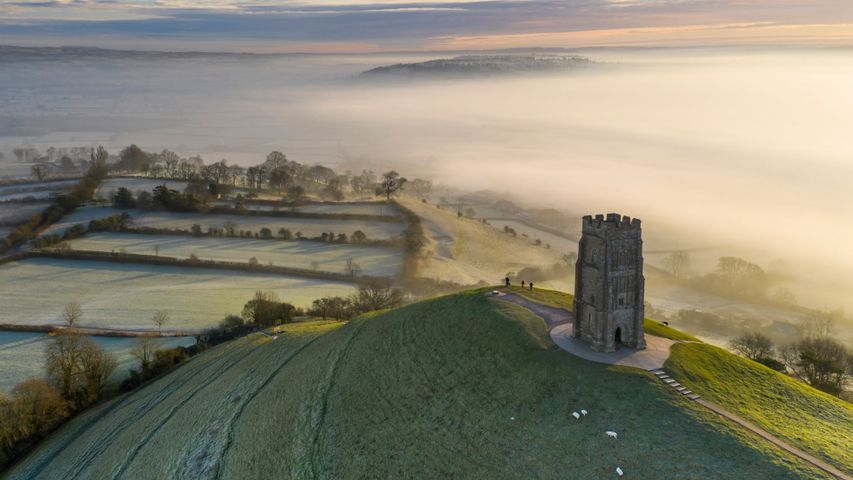 Shrouded in mist and myths, Glastonbury Tor is a conical hill that has dominated the skyline around Somerset in south-west England through the ages. Thousands of years ago it was an island in the sea. These days, those who climb 158 metres to the summit are rewarded with amazing views over the countryside. Many come to visit this spiritual site, with its links to Paganism, early Christianity, and King Arthur myths.

The slopes of the hill are terraced, but the method by which they were formed remains unexplained, with theories ranging from them being used for agriculture or defence, to some sort of mystical maze created thousands of years ago. The roofless tower on the hill is all that remains of a church built in the 14th century, a replacement for an earlier church destroyed by an earthquake in 1275.

Birdhouses hanging in a tree