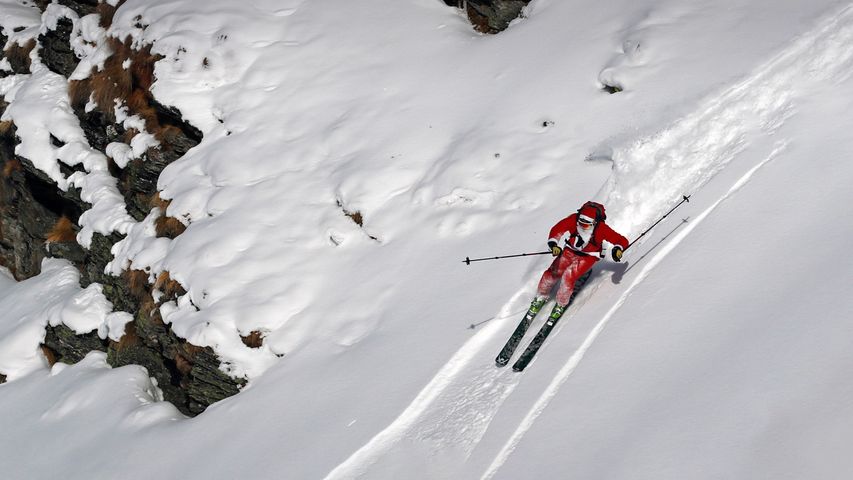 We're used to Santa Claus sliding down chimneys, but who knew he could ski? Thousands of Santa Clauses make a stunning downhill display to open the ski season in Verbier, Switzerland, each year. Why the costumes? Their annual descent also celebrates the feast day of Saint Nicholas, observed in Europe on December 5 and in the US on December 6.

Little is known historically of Saint Nicholas, but he's thought to have grown up under the Roman Empire, in a wealthy Greek family in what's now southern Turkey. When his parents died, he used his inheritance to help those in need, the sick, and the suffering—even tossing gifts through strangers' open windows (not chimneys) now and then. Nicholas joined the early Christian clergy as a bishop, dedicating his life to serving others generously. It's said he loved and helped children especially, and that, of course, is at the root of the legend of Santa Claus.