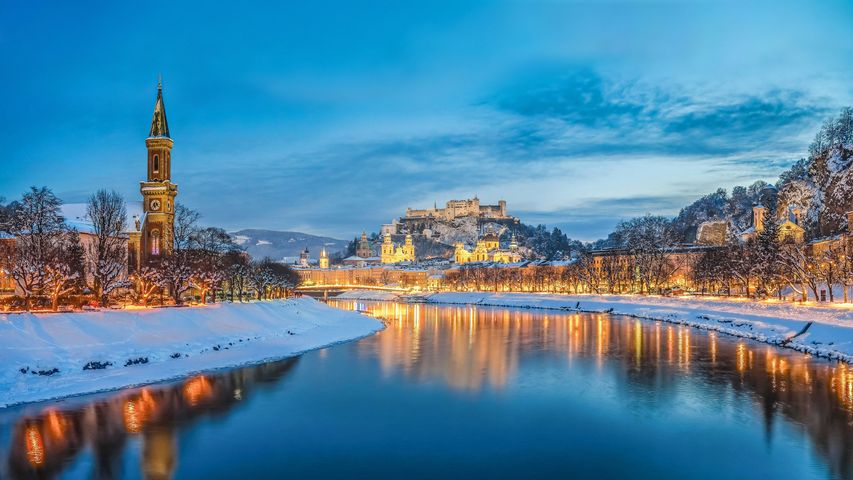 If you know of Salzburg, Austria, it's probably because of Mozart and not monsters. But if your holiday wish is to be chased by an unseemly seasonal demon, the narrow, medieval streets of this city are the place to be tonight. Or this would have been the place to be if a different ghoul hadn't raised its unwelcome, spiky head—the coronavirus continues to unleash its real-world horrors, canceling tonight's scheduled Krampus runs, just as it did last year. Allow us to explain.

The furry, devil-horned figure of Krampus is a sidekick to Santa Claus in Alpine folklore. This mean and mischievous bogeyman travels with Saint Nick, whipping naughty kids with sticks while Santa showers the good ones with toys. Too cheery for you? In other versions of the legend, Krampus eats up the little misbehavers or drags them to hell. And you thought a lump of coal was harsh.

Though the roots of Krampus festivities stretch back to ancient times, Austrian officials tried to stamp out the yuletide demon in the mid-20th century. But like an undead fiend, Krampus has resurged in popularity in the last decade or so, his legend spreading around the world. He's been the subject of several (mostly low-budget) horror movies in the US alone, and central Europe has seen revived Krampus-themed festivities like Salzburg's 'Krampus run.' Typically held December 5, this raucous event sees costumed Krampuses and other grotesque ghouls chase revelers through the old city. Here's hoping the horned beast returns to Salzburg next winter.