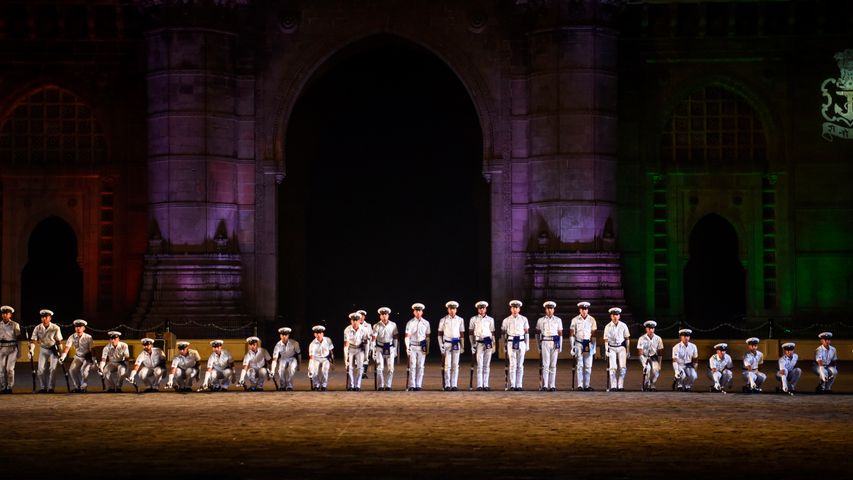 Here you are seeing Indian navy personnel displaying their skills during a rehearsal for Navy Day celebrations in front of the Gateway of India in Mumbai. The monument reflects the Tricolour during the final dress rehearsal on the eve of Navy Day.

The country celebrates December 4 every year as Navy Day in commemoration of Operation Trident when the ships of the Indian Navy delivered a lethal and powerful missiles attack on Karachi harbour, paving way for a great victory for India during the 1971 Indo-Pak war and in memory of those who made supreme sacrifice.

Moon installation during celebrations for the Mid-Autumn Festival in Kuala Lumpur, Malaysia