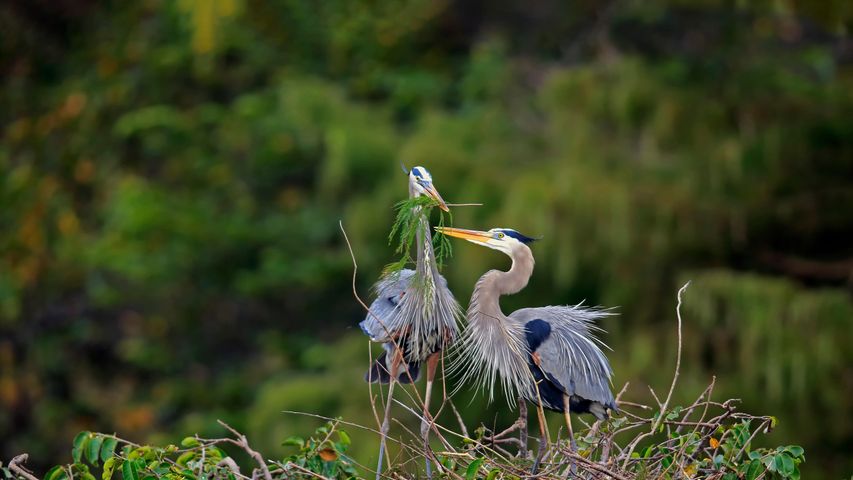 A day for giving. Giving Tuesday

The largest heron in North America, the great blue heron makes its nest in a ‘basket’ made from twigs, usually placed high in a tree. The herons line the interior with moss, leaves, grass and other softer materials, and tend to return to the same nesting site each year, although not the same nest. Male herons find building materials while the female assembles the nest, then both birds maintain and add to it. The helpful male heron shown here is presenting his mate with nesting material - an apt mascot for this year’s Giving Tuesday.

Always observed on the Tuesday after Thanksgiving in the US, Giving Tuesday began in 2012. It has begun to spread around the globe, as other countries embrace the idea. The purpose of the observance is to encourage everyone to set aside some time to do something good for others. So, this year, after you’ve finished your shopping, think about contributing to your favourite charity, giving to someone in need or just helping someone build their nest.