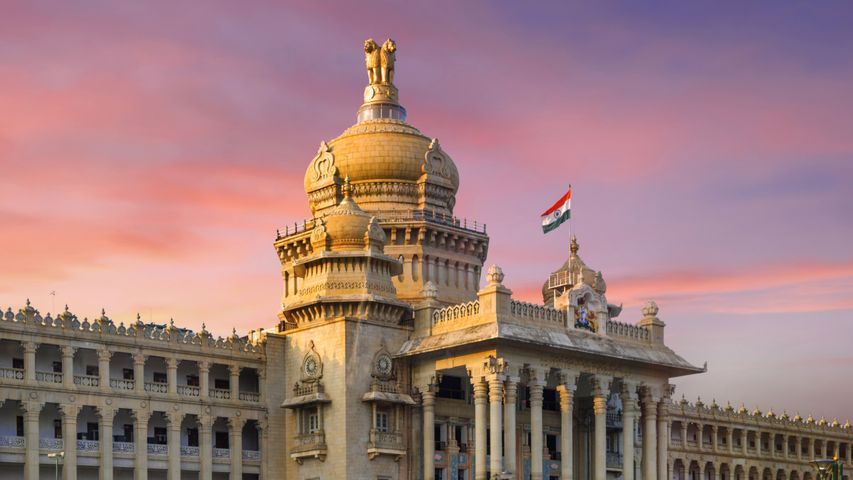 The pillar of democracy. Constitution Day

Described by Pandit Jawaharlal Nehru as 'a temple dedicated to the nation', Vidhana Soudha houses the State Legislature and the Secretariat of Karnataka and is one of the most popular attractions in the lively and colourful city of Bengaluru. It also proudly boasts the title of being the largest state legislative building in the country. With four entrances in all four directions and four floors above the ground level and one below it, we surely don't doubt the title. Popularly known as the 'Taj Mahal of South India', it is counted as one of the most magnificent buildings in the city and is sure to impress the onlooker with its sophisticated poise and glorified grandiosity. The entire monument is illuminated on Sundays and public holidays and is a sight for sore eyes.